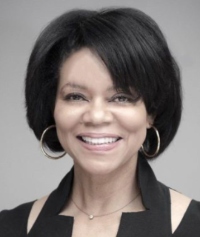 to participate in an elite national mentoring program for emerging leaders seeking to become the next generation of higher-education presidents.

The competitive program, developed by the Rutgers University Graduate School of Education and funded by the Kresge Foundation and the ECMC Foundation, selected only 14 Aspiring Leaders from public and private colleges and universities in the U.S. This group will be paired with presidents and former chancellors from public and private higher-educational institutions, and participate in a one-on-one relationship over two years managed by CMSI.

“Right now we’re seeing a decline in leaders hoping to become college and university presidents. We hope to reinvigorate the incoming generation and prepare them for success as they navigate the road to presidency,” said Marybeth Gasman, CMSI Executive Director and Samuel DeWitt Proctor Endowed Chair in Education.

The program begins with a three-day forum, which takes place April through May of 2022.

“This is a dream opportunity for me,” says Brimmer. “I am thrilled to have the chance to learn from such a distinguished group of leaders, and I thank my supporters at HCC for helping me achieve this career milestone.”

The 2022 cohort of MSI Aspiring Leaders